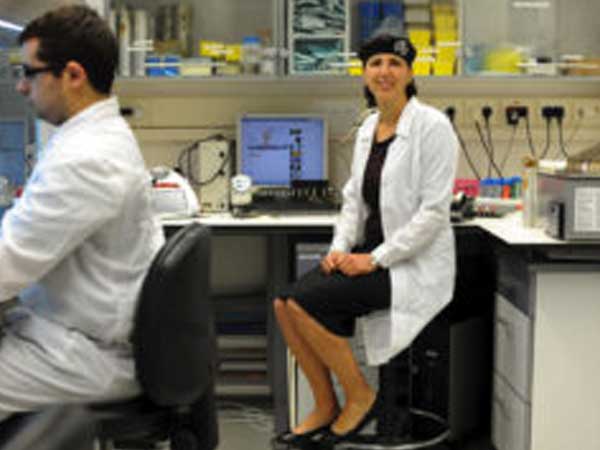 There are more than 30 million people in the U.S. living with diabetes, according to the 2017 National Diabetes Statistics Report. That’s close to 1 in 10 people. Both type 1 diabetes, also known as juvenile diabetes, and type 2 diabetes are chronic diseases that affect the way the body regulates blood sugar, or glucose, resulting in higher than normal levels of blood sugar (hyperglycemia). While the disease can be managed, there is still no cure.

That could change in the not-so-distant future as a result of the experimental work being conducted at the Rina & Avner Schneur Center for Diabetes Research at the Technion-Israel Institute of Technology.

Traditional diabetes research focuses on improving insulin injections. But the Schneur Center is thinking outside the box, employing Professor Shulamit Levenberg’s expertise in tissue engineering to treat the more common, insulin-resistant type 2 diabetes, which accounts for 90 to 95% of all diabetes cases in the U.S.

Additional funding for the Schneur Center will allow the Technion to pull together all of its diabetes research under one multidisciplinary umbrella. Prof. Marcelle Machluf has worked on an innovative cell-based insulin delivery platform. Medical Prof. Emeritus Derek LeRoith has been involved in research on the role of insulin and diseases. Researchers in the Faculty of Chemical Engineering are investigating the formation of toxic fibrils and their role in neurodegenerative diseases and other conditions, including type 2 diabetes. And there are more.

Prof. Levenberg received the Wolf Foundation’s Krill Prize for excellence in scientific research and was named a “Research Leader” in Tissue Engineering by Scientific American, which also included her on its list of top 50. She holds the Stanley and Sylvia Shirvan Chair in Cancer and Life Sciences at the Technion, and recently received the Rappaport Prize for Biomedical Sciences for her work on tissue vascularization.

Every gift helps the Technion provide essential advancements to Israel and the world in science, technology, and medicine.